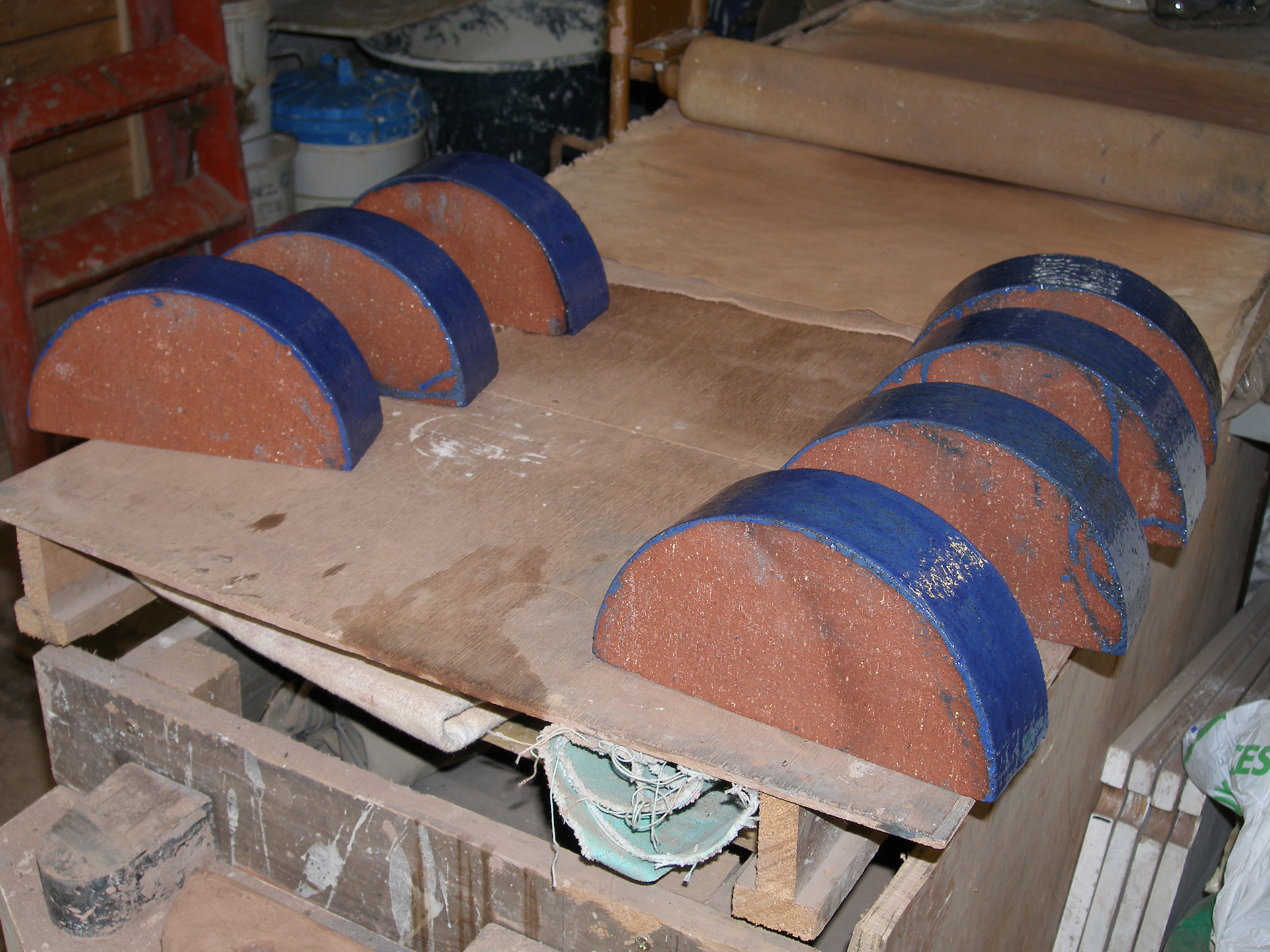 Blue-glazed bricks for top of a wall 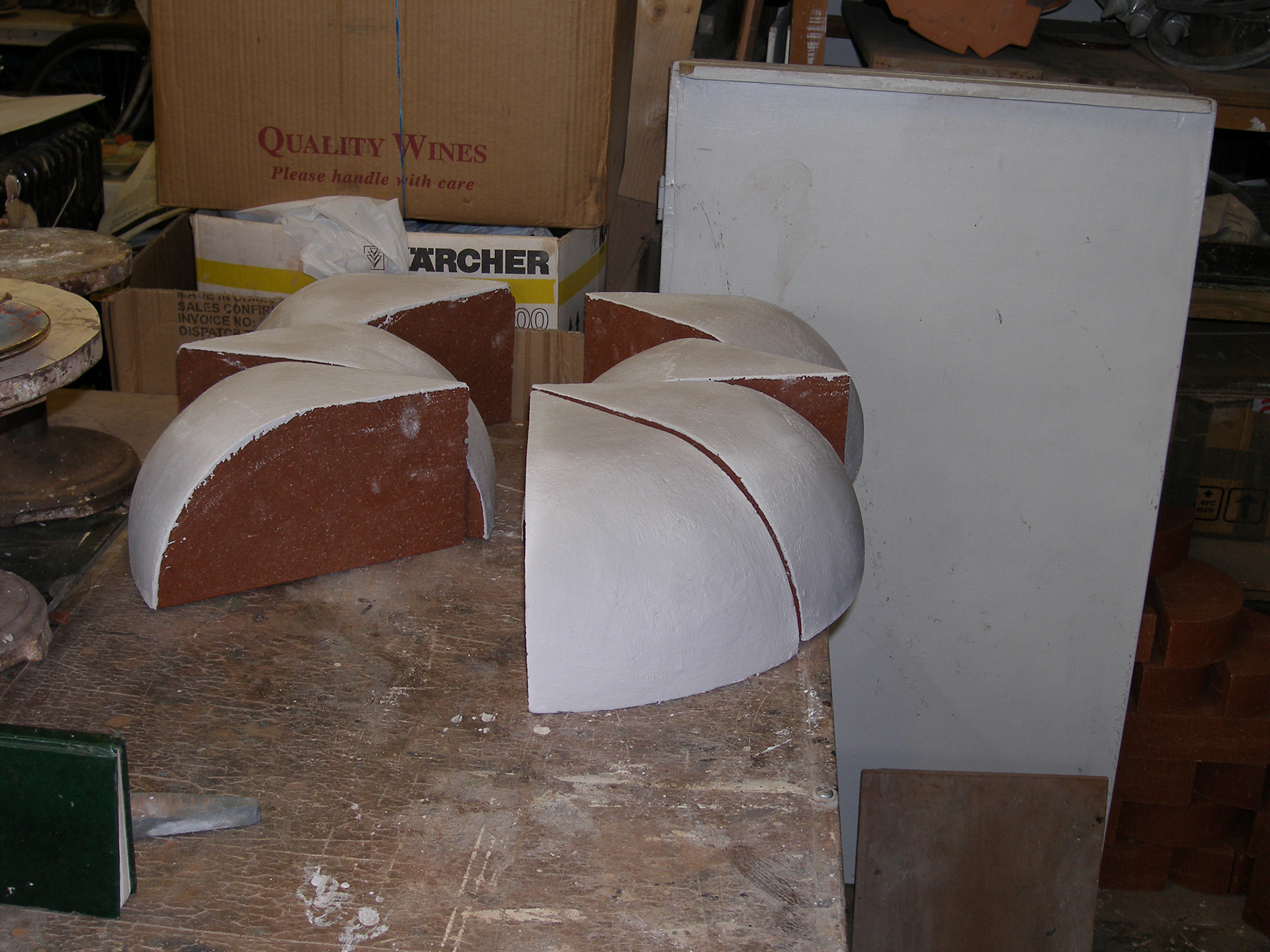 White-glazed bricks for top of a pillar 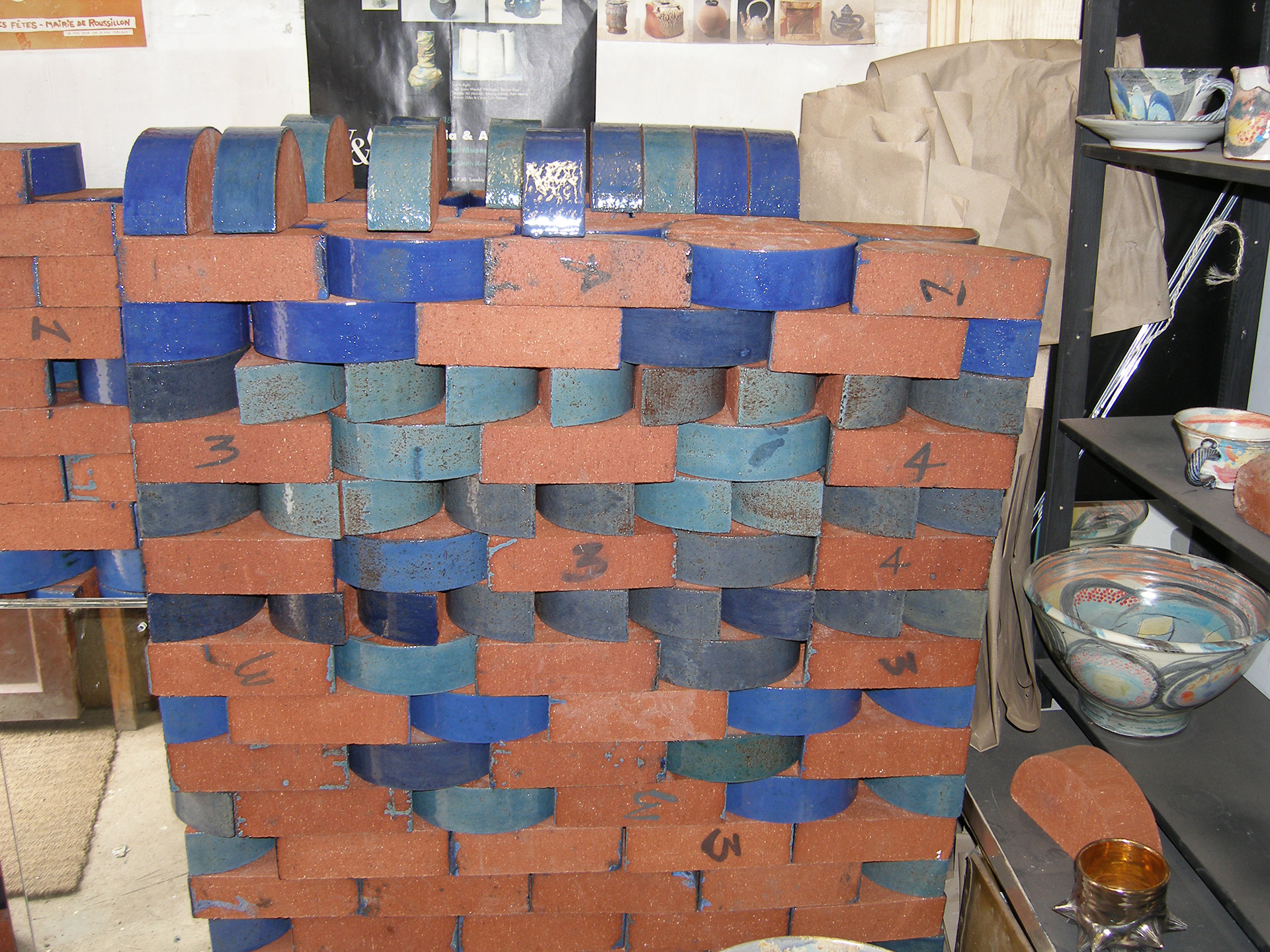 Penny Hampson asked her friend, David White, proprietor of Brier Hey Pottery, to glaze the bricks for the top of the wall and round pillar in the Pocket Park project she was commissioned to create in Wolverhampton in 2010.  Above are photos taken of the work at Brier Hey Pottery.  Some of David's own work is visible on the shelves to the right of the stack of blue-glazed bricks in his pottery.  Amongst many other styles, he made colourfully glazed majolica tableware and there is an example of one of his cups with little spiky feet, with gold and silver lustre glazes on the bottom shelf.